The seventh edition of Green Rio received a German delegation of 32 people, of which 20 were researchers, to discuss topics agreed between the Governments of Brazil and Germany in the bioeconomy scenario. 88 exhibitors from Brazil and Germany took part of the trade fair.

Because these bilateral meetings were held during Green Rio, this delegation had the opportunity to become aware of how much Brazil already practices the bioeconomy, before being known as such and of being promoted as the economy of the 21st century.

The same opportunity had the more than 3,400 visitors of this event when they participated in debates, chose which SDG (Sustainable Development Goals) wanted to promote, met the biostartups that participated in a pitch, tasted products from Brazilian biomes in gastronomy workshops, discovered who makes sustainable fashion and participated in panels ranging from organic, family agriculture and cooperativism to biotechnology and Amazon 4.0.

All this, and more, is bioeconomy, a cross-cutting theme in Green Rio 2018. This theme was highlighted by all who participated in the opening of the event, namely:
Maria Beatriz Bley Martins Costa – Coordinator of Green Rio
Augusto Togni – representing the Director of SEBRAE Nacional, Heloísa Menezes
Epitácio Brunet – Rio de Janeiro City Hall
Stella Romanos – representing the Secretary of State for Agriculture
Klaus Zillikens – General Consul of Germany
Juliana Simões – Secretary of Extractivism and Sustainable Rural Development of the Ministry of the Environment
Jefferson Coriteac – Secretary of Family Agriculture and Agrarian Development – Civil House
Marc Diaz – Representing Director Evandro Peçanha from SEBRAE RJ
Antonio Alvarenga – President of the National Society of Agriculture

The keynote speaker at the opening of Green Rio was Ingo Plöger, president of CEAL – Business Council of Latin America – with the lecture Bioeconomy and Innovation in Brazil and Latin America, in which he highlighted the need for Brazil to launch its Bioeconomy Platform in the form of an Integrated Strategic Bioeconomy Council.

TRADE FAIR HAD 88 EXHIBITORS: GERMAN PAVILLION AND FROM THE NORTH TO THE SOUTH OF BRAZIL

The Government of Germany had for the first time in Green Rio an official booth to promote Bioeconomy, presenting content and institutional information about it.

SEBRAE participated with representatives of biostartups, fashion, organic food and from several Brazilian states. SESC presented an interactive panel on the Sustainable Development Goals (SDGs), in addition to workshops about reducing wasted foods.

The Brazil thematic booth at Green Rio brought together the Ministry of the Environment, the Special Secretariat for Family Agriculture and the Ministry of Agriculture, promoting their initiatives related to the partnership. Talks happened daily at the booth.

Korin, Sítio do Moinho and GoGreen promoted the production and retail of organic products. The innovation was one of the highlights of Green Rio. Granado participated again and launched its line Terrapeutics with composition of natural ingredients. Fiocruz presented research and projects, such as the value chain of medicinal plants with family farming.

Green Rio also counted on companies specializing in the production of machinery and equipment in the bioeconomy. Guarany presented equipment focused on the small producer. GR Agrária took its production of organic inputs from the interior of the state of Rio de Janeiro. Itaipu Binacional participated again, presenting its sustainability initiatives, mainly renewable energies.

In the international business rounds, foreign importers were part of the agenda promoted by APEX Brazil and ABBA (Brazilian Association of Exporters and Importers of Food and Beverages). Brazilian national retailers and restaurant owners also met with Green Rio exhibitors.  On Saturday, business meetings brought together industries and government representatives with the subject bioeconomy. 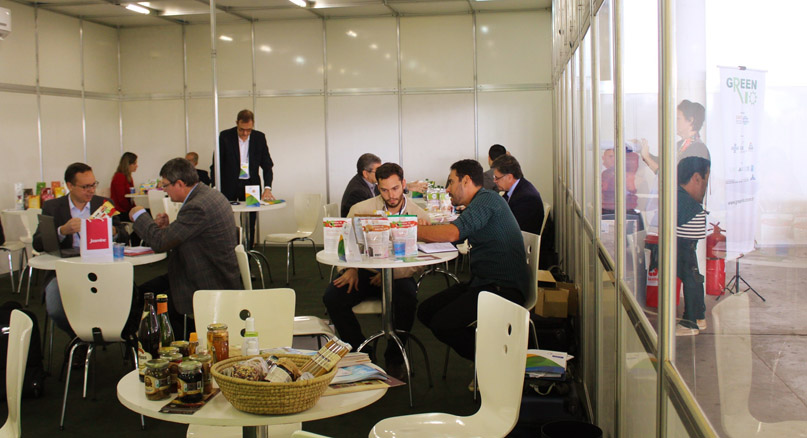 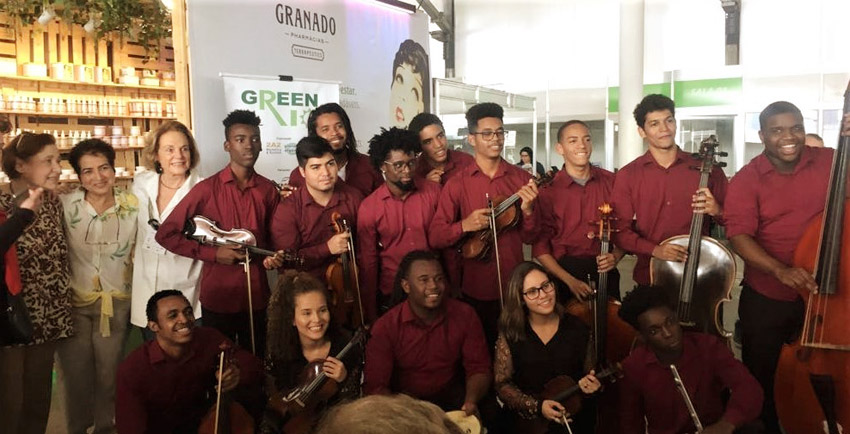