Green Rio 2016, at Marina da Glória, surpasses all expectations and receives over 2,500 visitors

The first edition of the Green Rio event was held in 2012, when it was a side-event to Rio+20. In the course of five years, the event has consolidated its position as a platform for sustainable business, bringing together exhibitors, speakers and representatives of the green economy and the organic sector.

Over 60 exhibitors, committed to healthy nutrition, sustainable production and bio-economy, received the 2,500 visitors who went to Green Rio 2016.

Brazilian and international speakers gave talks on Bio-economy at Green Rio, highlighting the decline of the petroleum economy, and presenting indicators showing how global investments are focusing on renewable energy and the commitment to sustainable production and food safety. Damian Valenzuela (Argentina), Marc Diaz (Sebrae) and Thomas Schroeder (Germany) shared a common point in their presentations: the acknowledgement that Bio-economy is the Economy of the 21st century. Also within the Bio-economic area, Marcio Schittini spoke about Biogas, the current and potential scenario in Brazil.

The NEXUS theme – Food-Water-Energy – was addressed by Jair Kotz (Cultivating Good Water /Itaipu Binacional) and by Sabine Schlueter of the INTECRAL Project, which involves a partnership between the University of Cologne (Germany) and the Rio Rural program of the State of Rio de Janeiro Agriculture Secretariat.

SESC (Social Service for the Commercial Sector) contributed to Green Rio with MESA BRASIL (Brazil Table) workshops, addressing the full use of food, and promoted rounds of talks in its booth, which was crowded during the three days of the event, with an audience that was interested in learning more about food waste and healthy eating habits. SESC also participated in the Green Rio 2016 Conference, presenting educational actions focusing on healthy eating and food safety. 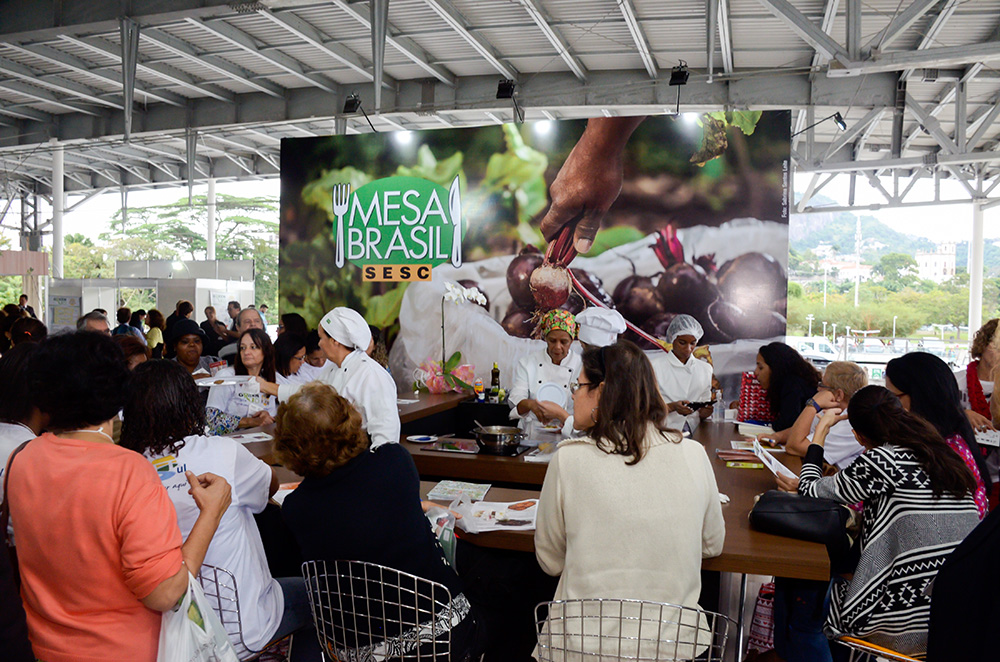 The Zona Sul supermarket chain occupied the event’s central square, where managers of several different categories talked to exhibitors and took part in the business round tables. In addition, there was publicity promoting Green Rio in Zona Sul’s weekly brochure during the period of the event (50,000 brochures distributed at 34 sales points in the following districts: Flamengo, Botafogo, Urca, Copacabana, Ipanema, Leblon, São Conrado, Barra da Tijuca and Recreio dos Bandeirantes.) 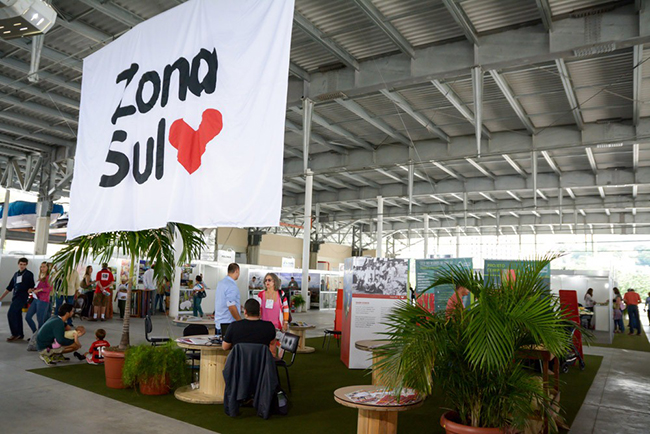 Green Rio 2016 presented the result of the RJ Healthy School Meals award, launched at the Green Rio 2015 edition. The objective of the RJ Healthy School Meals project, promoted by Planeta Orgânico, Sebrae and Firjan (Rio de Janeiro Federation of Industry), is to contribute towards the health of children and young people in the Municipalities of the State of Rio de Janeiro by promoting local and regional development and healthy school food, thus benefiting small businesses involved in the food and beverage production chain. Five municipalities, 91 schools, over 400 school cooks and 30,271 pupils played an active role in the Heathy School Meals project.

Paraíba do Sul and Três Rios were the municipalities that stood out the most in the project’s overall picture. Itaperuna was the town that achieved the greatest reduction in fat content and processed foods; Pinheiral’s achievement was in reducing salt content, and Trajano de Moraes, in sugar. For the next few years, the project aims at consolidating good practices, promoting healthy school food standards and also local development.

Healthy Nutrition and Consumption Trends were themes of the presentations given by Emater RJ (Cristianne Mendonça) and Korin Agropecuária Ltda. (Reginaldo Morikawa). The Promotion of the Value Chain of Differentiated Products was the theme addressed by SEBRAE’s technical analyst, Luiz Rebelatto.

Brazil’s Amazon region was present for the third time at the Green Rio event, with SEBRAE’s Structuring Project “Amazon Forest-Based Cosmetics”. Seven States in the Amazon region take part in this innovative project: Acre, Amazonas, Amapá, Pará, Rondônia, Roraima and Tocantins. The project promotes the development of the value chain, knowledge network, research and innovation relating to cosmetic products for the Amazon Region.

The SEBRAE Structuring Project “Amazon Forest-Based Cosmetics” participated in two ways: with a booth that presented cosmetics and producers of raw materials from the Amazon region, and with a seminar whose main focus was the Law for Access and Sharing of the Benefits of Biodiversity, Law 13123/ 2015, published on May 12, 2016. 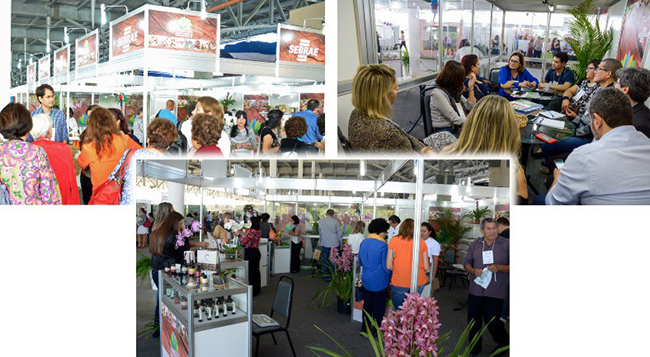 Wanderléia Oliveira and João Matos presented the evolution of the project, the results achieved and the coming stages. Rogério Magalhães (from the Environment Ministry) spoke about the decree regulating the Genetic Heritage Management Council, defining its structure, establishing rules for access to biodiversity and benefit sharing, as well as determining violations and administrative sanctions. 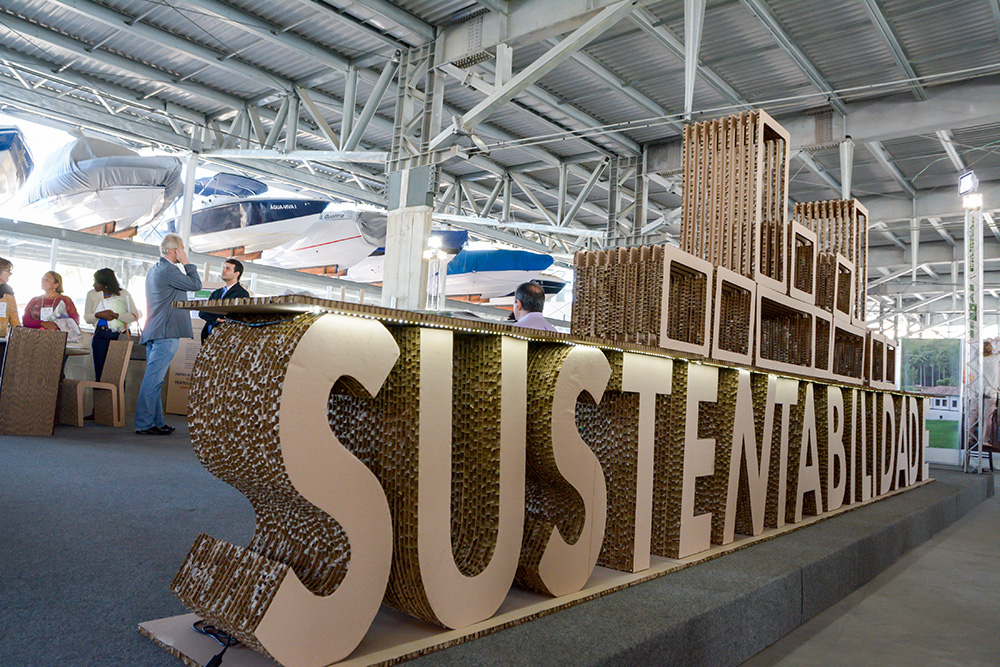 The Organic Food Week was the highlight of Saturday, June 4, 2016, when a packed auditorium listened to Rogério Dias, Agroecology Coordinator for the Environment Ministry, saying “the whole of society should take an active part in defining what we want as food, how we want our food to be produced and offered, and where we want to buy it.”

Among the members of the RIO 2016 Legacy and Innovation Panel were Ambassador Laudemar Aguiar – International Relations Coordinator for the Municipality of Rio de Janeiro; Richard Smith – Rio Food Vision / Rio Sustainable Food; and Francisco Marins – Coordinator for “Sebrae on the Podium”.

“Sebrae on the Podium” is a program coordinated by Sebrae in Rio de Janeiro, in partnership with the Rio 2016 Olympics Committee; its objective is to mobilize and provide training for micro and small companies to become possible suppliers of products and services at the Rio 2016 Olympic and Paralympic Games.

Rio Fair and Solidary Trade was the theme of Johann Wolfgang Schneider’s presentation, in a campaign to place Rio de Janeiro on the map of Fairtrade Towns. The aim is to involve the local community in promoting the consumption of Fairtrade certified final products.

Finalizing the Green Rio 2016 Conference, Fernando Nascimento, representing the Lotta Culture, Art-Education Institute, mentioned the importance of the Flamengo Park, the largest urban park in the world, where the Marina da Glória is located.

The media gave publicity to Green Rio 2016 as the event that placed Rio de Janeiro on the Green Economy map. 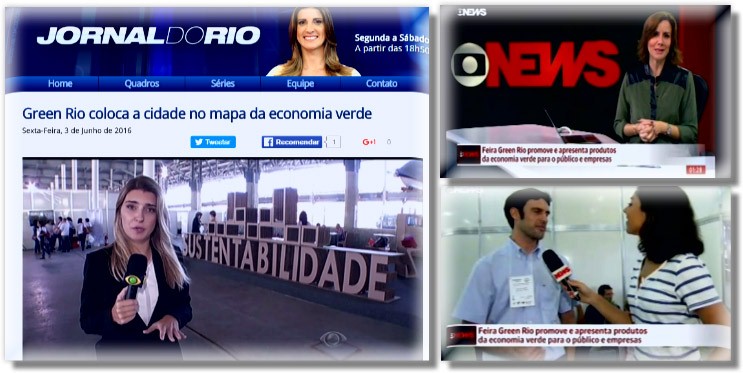